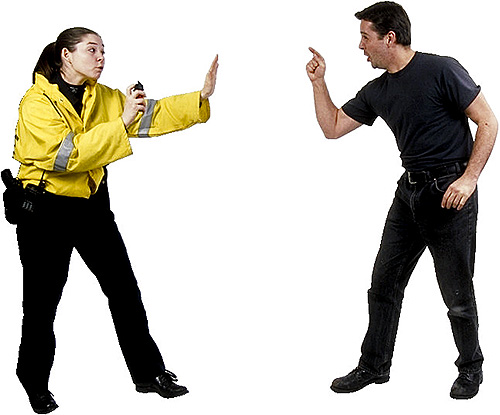 Personal Protection Pepper spray is one of the most iconic (and effective) self-defense products available forthe average citizen. Also known as OC spray, defense sprays work by inflaming the mucous membranes in the skin, nose and eyes. Typical reactions include restricted breathing, coughing, choking, and tearing. The natural pepper solution is a real treat for the eyes, the main target area when neutralizing a threat. The peppers dilate the eyes upon impact, forcing the eyes to close involuntarily and causing an onset of temporary blindness for up to 15 minutes. The searing pain can last upwards of 45 minutes, allowing one plenty of time to get away and call the police. 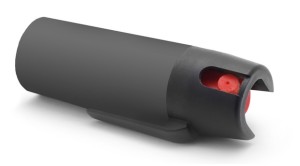 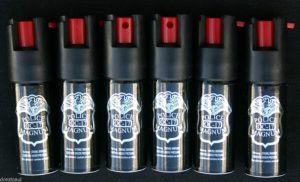 There are a variety of pepper spray dispersal patterns, all of which have their own advantages and disadvantages based on the circumstances and surrounding environment(s) in which they are used. This includes: stream, cone, fogger, gel and foam. Some pepper sprays only use OC (oleoresin capsicum) while others have an OC/CS (tear gas) mixture, which cause a subject to be affected by both the inflammatory effects of the OC and the stinging pain of the CS.

Pepper spray comes in all shapes and sizes. They are as small as half an ounce and as large as one pound.  Variations include regular canisters, as well as those with key rings and clips for belts. There are also concealed models in the form of lipstick, phone cases, bracelets, guns/firearms, and pens. All of these are great when dealing with an attacker, as it gives them no time to react.

Overall, pepper spray is highly recommended for self-defense. It provides you with 8 – 25 feet of distance depending on the spray pattern, immobilizes an assailant up to 45 minutes, is easy to carry and provides a non-lethal alternative over carrying a firearm.

Introducing Spraytect, a smart case for smartphones. The groundbreaking personal protection device is the clever combination of a pepper spray and a smartphone case. It makes a lot of sense, though, as people no longer leave home without their phones. So, why not sneak in a self-defense device there? After all, safety comes first. Besides, normal pepper spray bottles are too bulky to begin with. Most people leave them in their cars or their bags, and, by the time the unwanted happens, it’s usually too late. Be smart, people. Do yourselves a favor and check out the Spraytect.